Invasion of the Giant Amoebas 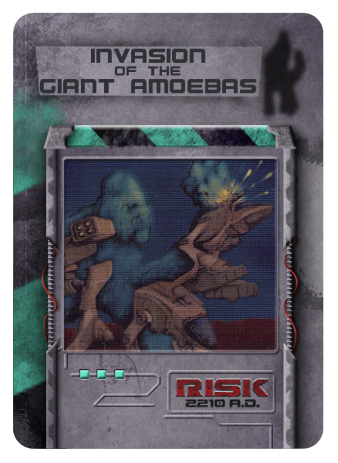 Giant Amoebas are invading random locations across the planet! Is it the first step of an alien invasion? Or is this the price man has to pay for years of dumping toxic waste into the environment? Either way, these creatures are yet another threat you have to deal with on your way to global domination!

Shuffle and set aside the Invasion of the Giant Amoebas deck, the devastation markers and the glass counters (which represent these amoebas) at the start of the game.

The bundled expansion pack contains tiff printouts of all the cards as well as the official rules.