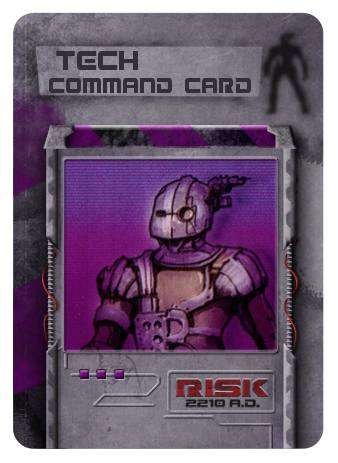 The Tech Commander receives an eight sided dice on defensive rolls and a six sided dice when attacking.

The bundled expansion pack contains high-resolution versions of all Tech Commander command cards and a PDF with cutouts of the commander units.

Below is a listing of all the cards contained in the Tech Commander deck from season two of Avalon Hill's Frontline program for Risk 2210: