In the not too distant future, the planet Mars is terraformed. With this new frontier, the old conflicts of Earth continue. You may have taken over the Earth, but can you become the first Warlord of Mars?

The Mars map provides new game play opportunities with a new game map and additional rules (neutral territories, 2 moons). The map is based upon an actual map of Mars taken by the Hubble telescope. The names of the land territories of Mars correspond with the named regions of Mars. The names of the water and lunar territories are the product of the author's imagination.

Use all of the game pieces from the base game with the exception of the maps and territory cards. 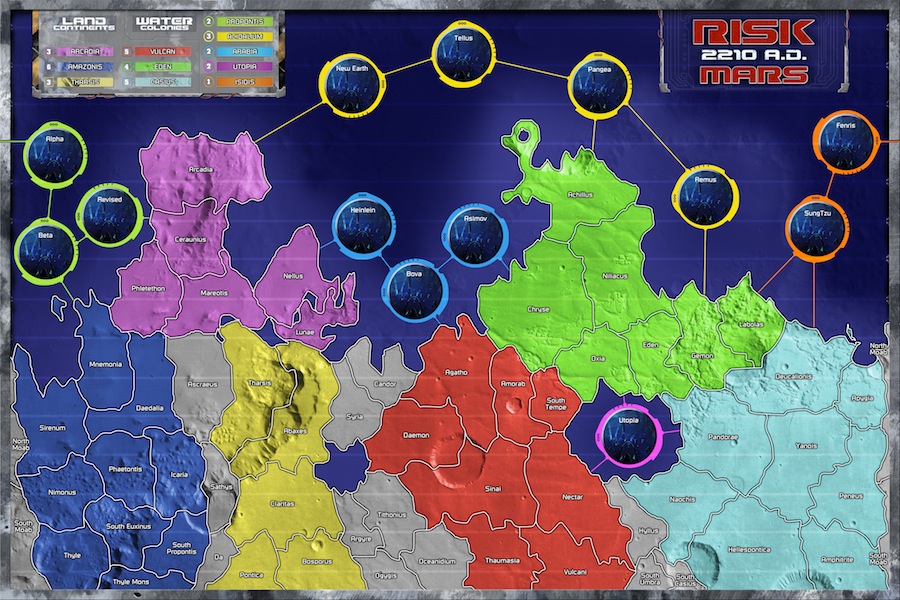 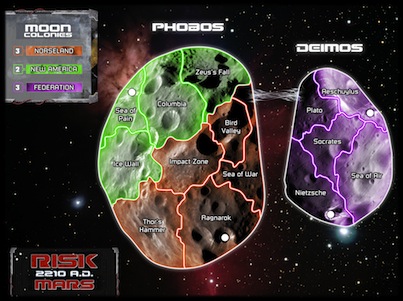